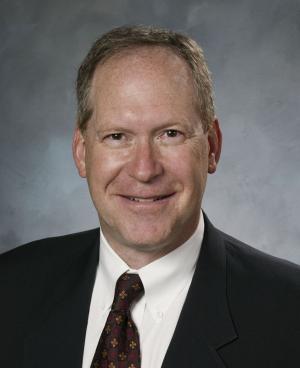 To Ken Turteltaub, it’s all about understanding infectious diseases and how we can prevent things in our bodies from going awry, whether it’s from exposure to the flu or to some intentionally released toxin or biological material.

“At LLNL we develop tools that monitor for biological attacks and protect the country,” Ken said.

“The technology was used in carbon dating to determine the age of artifacts such as the Shroud of Turin,” Ken said. “People at LLNL were interested in using AMS in geochemistry and nuclear chemistry. We started thinking about how it could be applied in biology. We got it to work, and it opened up an entire new field.”

He and fellow scientists have been invited to present their data in some unusual places, including the royal palaces in Tokyo and Bangkok.

“We got to talk to people in the royal families and got shown some really cool ancient things like shoguns’ swords. Plus we got to interact with a lot of other scientists from around the world,” Ken said.

“To me these were science meetings. Only afterward did I realize I had had dinner with a Thai king and princess and, in Japan, with a princess and the future prime minister of Japan.”

In his 25 years at the Lab, in addition to traveling all over the world and “friending” kings and princesses, Ken has also networked with other scientists, both inside and outside LLNL, to develop instrumentation and technology to improve human health.

One of the projected end-results, and a goal of the Biosciences & Biotechnology Division that he heads, is to cut new drug development time in half.

“Right now it generally takes a decade and over a billion dollars,” he said.

Through techniques like microdose testing (1/100th of a normal dose), computational modeling, and applying AMS to samples (see Science and Technology Review, September/October 2008), Ken’s group is shooting for a reduction in the time it takes to develop and approve a new drug, from a decade to five years.