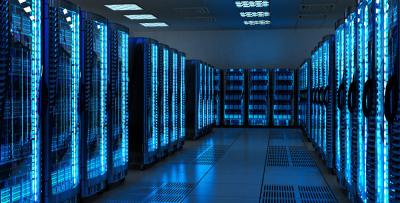 From Cyber, Physical, and Environmental Challenges

Advancing Infrastructure for the 21st Century

Industrial sectors across the United States—including energy, transportation, and communications—lack infrastructure that is insulated from national security threats and natural disasters. Thus, factors such as climate change, extreme weather, energy shortages, physical attacks, and cyberattacks could all have disastrous effects on the nation's infrastructure and natural environment. Establishing resilient infrastructure to mitigate these consequences requires a grid utilizing smart technology along with storage and distribution channels to fully incorporate distributed energy resources (DERs)— renewable energy generated from decentralized locations. The infrastructure must also be able to heal itself from disruption resulting from attacks or natural disasters such as hurricanes, fires, or tornadoes. Finally, physical assets and structures frequented by large numbers of people—stadiums, transportation networks, and border checkpoints—should be secured from illegal activities, yet fully transparent to legitimate activities.

Livermore's Cyber and Infrastructure Resilience (CIR) Program is conducting research and developing tools to enable secure, sustainable, resilient, and reliable infrastructure through improved design and operation. With a special focus on the energy sector, the program aims to modernize the U.S. electrical grid by applying high-performance computing (HPC) to better understand how DERs can be dispatched as effectively as possible. Additional CIR projects are underway in transportation, communications, and border and water security.

CIR efforts to improve the nation's power grid and pipeline network are based on Livermore's HPC power. Led by Sierra, one of the fastest supercomputers in the world, Laboratory HPC resources enable researchers to model and conduct highresolution simulations of the electrical grid for better planning, distribution, and response. Using this approach, Livermore researchers are working to solve the problem of how the energy system can balance supply and demand amid an increasing number of DERs (such as solar photovoltaic systems or plugged-in electric vehicles) coming online. Traditionally, the transmission and distribution components of the electrical grid are modeled independently. Although this approach works well for systems where power is generated at relatively few locations and then transmitted to the distribution grid, the modern electrical grid is becoming more complex. High penetrations of DERs on the distribution grid mean that power can flow in multiple directions, and transmission and distribution systems can no longer be studied separately. The HELICS co-simulation tool allows Livermore researchers to leverage HPC assets and simultaneously simulate the electrical power transmission system along with potentially thousands of distribution circuits. HELICS can further incorporate models of grid communications systems that carry sensor data and control commands for the system. As a result, Livermore researchers can create highly realistic models of the complex modern electrical grid. Laboratory researchers are also working to solve energy management and distribution challenges by integrating renewable energy from microgrids (local grids that can operate autonomously from the system-wide grid) into the system. As a result, robust power is available when needed by shifting loads through demand response programs. Developing the capability to control the distribution of microgrid- and DER-generated energy will enable the grid to balance operations by matching demand to generation throughout the day.

In the event of a complete power blackout, restarting a large-scale electrical grid as quickly as possible is essential to communications, health care, transportation, and other critical systems needed for recovery efforts. The conventional practice for restoring power cuts DERs from the grid and utilizes diesel energy generators. Livermore researchers are demonstrating that a series of microgrids composed of DERS could be used to conduct a blackstart (a restart of the grid that does not use any energy from electricity transmission network sources such as power plants), restoring the system to operation faster and more cost efficiently, while also increasing resilience.

Funded by the Grid Modernization Lab Consortium, the Laboratory's CleanStart DERMS (distributed energy resource management systems) Program is using real-time data analytics and machine learning to detect when sections of the electrical grid become vulnerable to a blackout, disconnect the compromised area from the larger grid before the outage can spread, and then activate independently operated and decentralized "island" microgrids. The CleanStart DERMS team, which includes partners Pacific Northwest and Los Alamos national laboratories, has shown this approach can restore power in just 4 hours, compared to a diesel generator's 24-hour timeframe.

CIR's long-term vision is to advance technology enabling the U.S. energy system to accommodate a power supply entirely generated by renewable sources. The two main components needed to achieve this goal are developing smart features (such as allowing energy from DERs to flow both to and from the grid) and the capability for self-healing after disruption. Realizing such a system—one that is immune from cyber, physical, and environmental threats—would allow the United States to achieve energy independence, a key national security goal.