By developing new technologies to detect and deter the spread of nuclear weapons, Livermore helps ensure the security of the nation and its allies and provides verification for international agreements. 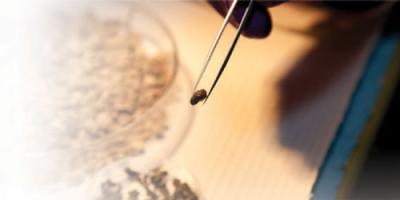 The spread of peaceful nuclear energy as well as other nuclear technologies in medicine and industry has a dark side—increased opportunity for “bad actors” to develop and obtain components for nuclear weapons. Livermore conducts a robust program of research on nonproliferation funded by the National Nuclear Security Administration’s (NNSA’s) Office of Defense Nuclear Nonproliferation and other agencies including the Departments of Defense and Homeland Security. Working in cooperation with the other NNSA laboratories, Livermore conducts a broad spectrum of research in geophysics, nuclear forensics, radiation detection, and other methods of remotely detecting the signs of nuclear proliferation.

This research directly addresses Livermore’s mission of “addressing nonproliferation challenges” by “developing innovative technical solutions.” The Laboratory advances technologies to monitor and detect the proliferation of weapons of mass destruction worldwide; limit or prevent the spread of materials, technology, and expertise relating to weapons of mass destruction; and eliminate or secure inventories of surplus materials and infrastructure usable for nuclear weapons. 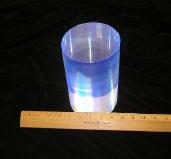 Listening to the Earth

Clandestine underground nuclear explosions designed to test nuclear weapons developed in secret leave a trace—seismic signals propagating through the Earth that networks of seismometers can record. Livermore has long had a geophysical monitoring program designed to develop the technical know-how to measure and interpret these signals, and differentiate them from those produced by earthquakes, mining operations, and other routine activities. Current research at Livermore focuses on detecting extremely low-yield nuclear tests. The Laboratory has a leadership role for a series of Source Physics Experiments conducted at the Nevada National Security Site designed to understand the geomechanics of the signals produced by conventional explosives mimicking these types of detonations. 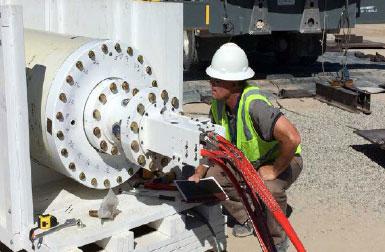 Livermore’s nuclear forensics research program focuses on the aftermath of a nuclear device’s detonation. The solid debris, particles, and atmospheric products of such an event leave a variety of radionuclides and decay products that can tell scientists much about the composition, yield, and design of the weapon, and possibly, the provenance of the nuclear materials. This data can help investigators trace the source of these materials. Livermore scientists helped establish the science of nuclear forensics, and the Laboratory continues to be a leader in its development. Nuclear forensics approaches are also useful in tracing the origin of interdicted, smuggled nuclear materials—those intercepted before finding their way into a device. Livermore and other national laboratories are currently developing a research program on prompt signatures from a nuclear explosion in an urban environment. The effort will use the Laboratory’s high-performance computers to simulate blast effects and determine how the blast will affect a complex urban terrain, providing information that can help authorities better plan an emergency response.

Data that can tip off an observer to a hidden nuclear weapons development program could come from anywhere—a pattern of purchases of equipment, opensource scientific papers, or the movement of personnel with technical knowledge. A new research thrust at Livermore is to learn how to analyze data openly available from the Internet for clues to illicit nuclear activities. Advances in deep learning and other machine-learning algorithms, along with statistical methods for analyzing large amounts of data in many forms—text, sound, images, video—are the latest frontier of nonproliferation research. Data science has the potential to provide early warning of nuclear weapons development activities in unexpected places.

Livermore’s nonproliferation tools help ensure a safer world, a reduced risk of surprises, and early warning of potential problems down the road.