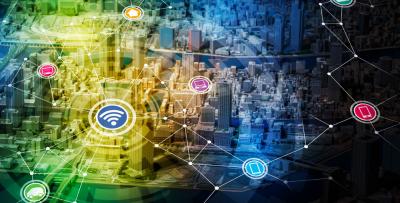 Livermore researchers are protecting critical networks through technologies that can identify and detect cyberattacks for improved system resilience.

Seeking political, economic, and military advantage, state-level adversaries— such as Russia, China, and North Korea—have developed capabilities to wage sophisticated cyberattacks on the U.S. as well as its allies and partners. In addition to posing a threat to the military and intelligence communities, cyberattacks could also catastrophically disrupt the nation's critical infrastructure systems, such as water, transportation, and energy. Other potential sources of cyberattacks include highly skilled groups and networks (the Islamic State of Iraq and Syria, for example) as well as individuals. Livermore is responding to threats from adversaries and highly skilled groups with a multilayered defense strategy. Key components of this strategy include ongoing research and development, partnerships with utilities and industry, and programs designed to identify cyberthreats and protect infrastructure systems.

Applying a Range of Capabilities

Livermore is using a diverse group of scientific approaches to address the national cybersecurity threat, including:

The electrical grid manages distributed energy resources (DERs)—small grid-connected devices that can generate energy, such as solar photovoltaic systems—at its distribution management system control center. This centralized approach provides an attractive target for cyberattacks that could cause wide-scale grid disruption. To solve this problem, Livermore researchers are harnessing the computing power of real-time automation controllers (RTACs)—data devices attached to a solar panel's solar inverter that traditionally execute commands from the control center—to verify directives from the system are valid and not malicious. Funded by the Department of Energy's Solar Energy Technologies Office, project researchers are developing an algorithm that enables RTACs in a defined area (such as a neighborhood or city) to cooperatively verify the control center's commands. The algorithm uses a distributed computing approach called collaborative autonomy, wherein the present estimated state, or health, of the grid (indicated by metrics such as voltage or currents at various locations) is compared to a projection of how healthy the grid would be if RTACs followed the management system's commands. If RTACs collectively determine that the commands would cause grid instability, they raise an alert to control center operators.

Livermore is partnering with the state's largest utilities (Pacific Gas & Electric, SoCal Edison, and San Diego Gas & Electric) to help them increase cybersecurity of the power grid using a Machine to Machine Automated Threat Response (MMATR) approach. MMATR is expected to enrich and streamline the gathering of threat intelligence, lower the risk of cyberattacks, reduce the mean time to discovery of attacks, and increase grid resiliency. Funded by the California Public Utilities Commission, the California Energy Systems for the 21st Century (CES-21) five-year research and development project is leveraging the Laboratory's modeling and simulation capabilities to simulate cyberattacks on the grid. CES-21's goals are to understand and distinguish between legitimate threats and nuisance incidents, identify indicators for cyberattacks and determine how to detect them, and develop response strategies to mitigate impacts.

Livermore will focus on developing intelligent and self-healing systems that can detect and respond to traditional cyberthreats while maintaining resiliency—and operability through varying degrees of compromise. It aims to design protection systems so that adversaries cannot disable an entire network through one critical attack. Such a system would protect the central node and allow only isolated portions of the network to fail in the event of a cyberattack.