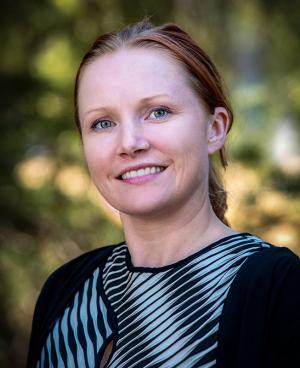 “I wasn’t guided into any kind of traditional role,” she says. “I was rolling in the mud, playing sports, and learning alongside my dad as he worked on his Rover and Mini Cooper. He also had an avid interest in aviation, so at 14 years old, I had the chance to tour planes at Boeing Field.”

In addition to Stewart’s knack for electronics, she showed an aptitude for math and physics in elementary school—and became fascinated with how the latter subject could be applied to solve problems. As a result, she decided to major in physics at the University of Strathclyde. It wasn’t long, though, before Stewart switched to electrical and mechanical engineering after discovering that the skillsets of these type of engineers fit more closely with her interests and ambitions.

Consequently, Stewart took on work (while an undergraduate student) for a municipal utility focusing on how Scotland could integrate wind-generated power into its electricity grid. During that time—a period spanning the first few years of the new millennium—the power industry as a whole was just beginning to examine how it needed to upgrade its infrastructure and distribution strategies to bring renewable sources into the grid.

“At the time, the emerging supply of offshore wind power was changing the national outlook on energy,” Stewart says. “The idea was looking at how to make Scotland more independent, but our challenge was figuring out how to deliver the power to the grid yet not destroy the country’s environment by putting in more transmission lines.”

Another project she took on during this period was for the Society of Automotive Engineers’ Formula 1 competition, when Stewart and a group of other students designed and built a single seater race car (powered by a motorcycle engine used for Formula 1 racing) from scratch. As the electrical lead, Stewart did the car’s wiring. After the car was finished, the students drove their vehicle in a race against other student-led teams.

Later, Stewart increased her experience in automotive mechanics when spending a summer doing overhaul and repair for Rolls-Royce jet engines. But her interest in becoming a researcher focused on renewable energy and the electricity grid remained strong—so she returned to Strathclyde to pursue a Ph.D. in electrical engineering.

While enrolled in the doctoral program, Stewart moved to the United States to take on a visiting researcher job at Sandia National Laboratory. The position focused on representing the lab in its capacity as a member of the International Energy Agency’s Hydrogen Implementing Agreement, an initiative aimed at supporting worldwide analysis, studies, research, and development of hydrogen as a mainstream and renewable energy source. While working on this project, Stewart traveled to Scotland, Denmark, Italy, and Greece. 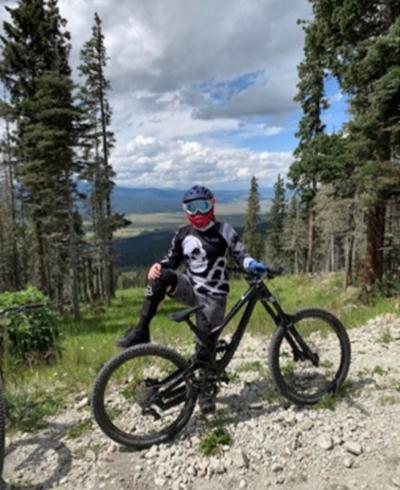 After finishing her doctorate in 2009, Stewart elected not to do a postdoctoral fellowship. Instead, she signed on with Behnke, Erdman, and Whitaker (BEW) Engineering, a consulting firm where she conducted research for utilities (including Pacific Gas & Electric, Sacramento Municipal Utilities District, and Hawaiian Electric) examining how they could interconnect distributed energy resources (DERs)—that is, renewable energy distributed from decentralized locations—across their electricity grids.

“I did a lot of the original high penetration of solar analysis that is now used to understand what would happen when there was a large supply of renewable energy sources feeding into the grid,” Stewart says. “We used computer simulation and modeling to understand this interconnection scenario.”

Another research project she took on at BEW was an effort funded by the Department of Energy’s Solar Energy Technologies Office to validate the DER interconnection models. For this effort, Stewart created automated processes that could correct these models. That work provided her with multiple insights on both the opportunities—and potential pitfalls—that the United States should be aware of when planning how to upgrade the electric grid’s hardware and software for a forthcoming influx of renewable energy sources.

“I saw gaps in places we’d be running into in the future, like a lack of data about how DERs would be distributed,” she says.

During this time, Stewart was exposed to a lot of the work that the national labs were doing on the subject—and was drawn to Lawrence Berkeley National Laboratory. One highlight of her tenure there (from 2013 - 2017) was testing advanced sensing technology for electricity distribution centers.

Since arriving at Livermore in 2017, Stewart has continued expanding her research in DER distribution and management while serving as principal investigator of a handful of research projects. These include CleanStart DERMS—an effort to increase the resiliency of energy distribution systems by using DERs to restart the grid after failure—and the CyberSecure Integration of Networked DER (CINDER) project, which showcases how an integrated patch and network analytics/management solution can identify (and mitigate) risks to the physical and cyber operations of microgrids. For this project, Stewart and her team strategically engaged the U.S. Department of Veterans Affairs, the U.S. Department of Defense, and software company FoxGuard Solutions in a successful technology transfer partnership. In September, CINDER was awarded a 2019 Federal Laboratory Consortium Far West award.

Today, Stewart is continuing to expand her portfolio of responsibilities. Recently, she has taken on the role of associate program leader for Defense Infrastructure within Global Security’s Cyber and Infrastructure Resilience program.

“I’ve been fortunate to be able to both follow my own path and work on mission-driven research at Livermore,” Stewart says. “The resources and knowledge we have here really allow scientists to live out a Choose Your Own Adventure book plot in real life—where you’re in charge of deciding the story of your career.”