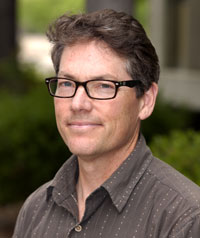 “Our motivation is to help the U.S. verify the Comprehensive Test Ban Treaty by detecting any nuclear explosive tests that may happen worldwide,” says Myers, program leader for Ground-Based Nuclear Detonation Detection R&D at Livermore.

“One of the Laboratory’s missions is nuclear nonproliferation. What our group does is to support that mission, along with the pursuit of basic science. I develop earth models for basic and applied science. We use them to locate seismic events such as nuclear explosions, and to characterize these events—how much energy was released, and what type of source was it?”

Myers and his team have developed a couple of software codes and earth models that are widely used by the scientific community for basic earth science research, and by nuclear nonproliferation authorities worldwide to keep an eye out for clandestine underground nuclear testing.

“It is big data technology applied to seismology,” says Myers. “I didn’t pursue this area in graduate school, but when I came to Livermore I had the opportunity to work with others in a multi-disciplinary team—I learned a lot by rubbing shoulders with professionals in fields like statistics.”

“The academic community uses the 3D model for basic research to study the dynamics of earth’s interior because it provides a snapshot of what the earth’s internal structure looks like,” says Myers.

A team of scientists from Livermore used the 3D model to discover an ancient tectonic plate completely subducted beneath the Indian Ocean. At the same time, these tools have provided specific information about underground explosions, and played an important role in making the world a safer place.

“Young scientists need to know that we bridge the divide of academic basic science and applied science in the national interest,” says Myers.