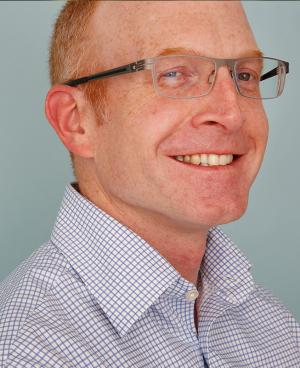 Growing up in Southern California, Livermore Space Science and Security Program Leader Mike Pivovaroff had a freewheeling childhood that marked the beginning of his journey to a life in science. As a curious kid, he was immersed in two divergent yet complementary pastimes: building things and taking other items apart.

“My dad did a lot of construction and mechanical work,” he says, “and taught me the importance of knowing how to make things with my hands. We built a lot of large structures and added on to our house. It was great to see different elements come together for a single purpose.”

Alongside his best friend, Pivovaroff also dabbled in projects that taught them more about how things worked—from taking apart a vacuum cleaner to mixing random ingredients in chemistry set beakers. When they weren’t in the middle of these pursuits, they sat in rapt attention when his friend’s father, a physicist at Aerospace (a Department of Defense federally funded research and development center), shared with them his stories of working in space science and security.

“Dr. Rice was an iconic heroic figure I looked up to,” Pivovaroff says. “As a physicist, he did cool things—like collecting data from a satellite or working with a rocket. I learned that I could become a scientist too if I studied hard in school. That became an aspirational goal for me.”

Several years later, Pivovaroff spent a year rebuilding a 1967 Camaro with his dad. The elder Pivovaroff showed the teenager how to do body work, install brakes, and explained to him how each of the car’s components worked.

The influences of Dr. Rice and his own father, Pivovaroff says, combined gracefully during his undergraduate years at the University of California, Berkeley, where he studied physics and got his first taste of doing scientific lab work—efforts that involved integrating theory and equations with the touch labor needed to set up experiments.

“With physics, I had a natural aptitude to conceive experiments, collect data, and analyze it. I’d felt like I’d found home,” Pivovaroff recalls. “But when I took a class in astrophysics, I found that what I really wanted to do was build experiments in that area. Just by measuring light in all its natural flavors, you can understand the beautiful complexity that powers the sun. That still sticks with me today.”

His interest in the stars led Pivovaroff to the Lab in 1993, where the 21-year-old started a one-year research assistant job helping to ready a gamma ray telescope for operation under a football field-sized helium balloon. Dubbed Gamma Ray Arcminute Telescope Imaging System (GRATIS), the National Aeronautics and Space Administration (NASA)-funded instrument was one of the first high-energy imagers to be carried by a high-altitude balloon. GRATIS used coated aperture imaging to measure soft gamma-rays emitted from astrophysical sources such as black holes and neutron stars. At the time, coated aperture imaging was one of the imaging techniques being tested for to verify nuclear treaty compliance—a core Livermore global security mission. 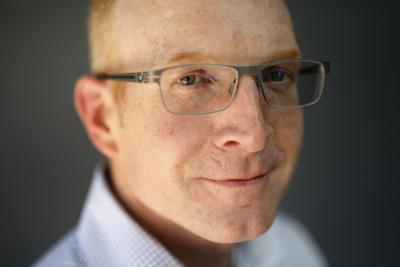 After graduating from Berkeley, Pivovaroff went on to complete his Ph.D. in physics (with a specialty in astrophysics) from MIT. While a doctoral student, he worked on the detectors and cameras for the Chandra x-ray Observatory, a NASA space telescope still operating today. Pivovaroff returned to Livermore in 2001 as a research scientist to work on x-ray optics for nuclear medicine and HEFT, a next-generation x-ray telescope. That success led him to play a key role in launching the Nuclear Spectroscopic Telescope Array (NuSTAR), a NASA satellite that produces high-resolution images in the high energy x-ray region of the electromagnetic spectrum. Pivovaroff designed and modeled NuSTAR’s x-ray focusing telescope.

Today, as the program leader for Space Science and Security, Pivovaroff concentrates his efforts on advising scientists in areas such as developing project plans, conducting research with clear objectives, and finding institutional resources to complete their work. Additionally, as the leader of the Director’s Initiative for Space Science and Security at Livermore, he is responsible for supporting the space mission through hiring early career scientists and building up the Lab’s infrastructure.

“Conducting astrophysics and cosmology research that also advances Livermore’s Global Security missions is the program’s sweet spot,” he says. “Space applications—which includes fabricating satellite instruments, collecting climate data, and providing accurate positioning and navigation information—is really important to the American way of life. Space is now competitive, and we’re working on protecting the way the United States does business with our satellites—so we can continue to operate and thrive as a country.”